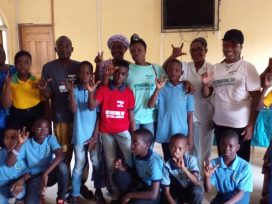 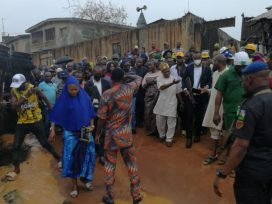 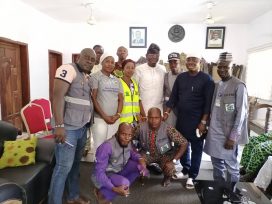 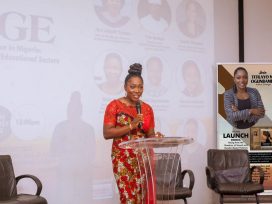 DSM DEMANDS:
(1) END TO POLICE BRUTALITY, (2) FREE ALL ARRESTED PROTESTERS (3) JUSTICE FOR JIMOH ISIAKA AND ALL VICTIMS OF POLICE BRUTALITY (4) DEMOCRATIC CONTROL OF POLICING, (5) JOBS AND UNEMPLOYMENT BENEFIT, (6) END TO ALL ANTI-POOR POLICIES AND (7) A SOCIALIST NIGERIA

The Democratic Socialist Movement (DSM) welcomes the news of the dissolution of the infamous Special Anti-Robbery Squad (SARS) across the 36 state commands and the Federal Capital Territory (FCT) by the inspector General of Police (IGP). This is following on the heels of days of spontaneous protests by young people nationwide.

The anti-poor and repressive Buhari capitalist government did not grant this concession easily. The protests were viciously repressed with at least one protester shot dead in Ogbomosho, several injured across the country including journalists. The Buhari government was actually compelled by the bold and energetic movement on the street to take this decision. For us therefore, the commendation for this concession goes to the youths who invested enormous energy, sacrifices, sweat and blood at several protests across the country for this to happen.

While welcoming the dissolution of SARS as victory for the struggle, we must quickly add that it falls short of what is required to achieve the full aim of the #EndSARS movement which is an end to police brutality and a just and equitable Nigeria where citizens live and can carry out their daily legitimate activities without fear of harassment, illegal arrest and detention, extortion and extra judicial killing by security operatives.

First and foremost, we disagree with the decision to redeploy operatives of SARS to “other Police Commands, Formations and Units” without first and foremost investigating the unit to determine the role of each of the officers in the assault on people’s democratic rights and severely punishing those found culpable. Redeployment without doing this would mean the police simply want the same terror to continue under new guises. Recall that SARS was originally a “reformed” unit formed from serving police officers in 1992 after soldiers set upon police in Lagos in retaliation for the killing of an army colonel at a police checkpoint.

We therefore call for an independent panel of public inquiry composed of elected representatives of youth, trade unions and pro-masses organisations to call for petitions from members of the public against the defunct SARS and other oppressive police units with a view to ascertaining the culpability of the officers in egregious crimes against citizens and humanity. Those found guilty should be severely punished. Only those found to be innocent should be redeployed. Without doing this, the Buhari government would be letting loose on the society embittered and vengeful defunct SARS operatives now working in a new unit who would stop at nothing at extracting a pound of flesh against the youths.

Secondly, the pronouncement from the IGP did not address the question of the egregious attacks on the fundamental rights of peaceful protesters by the police since last Wednesday. Despite the attempt by the police and the Buhari government to try and take glory for the decision to dissolve SARS, the truth is that the regime never wanted to and this explains the vicious attacks on the protests by the police. Indeed even as the IGP was announcing the decision to dissolve SARS, peaceful protesters at the Police Headquarters and the streets of Abuja were being attacked with tear gas and water cannon. Hours after, many protesters including journalists were wounded when police charged into protest motorcades and crowd with their water truck and launched at protesters with batons and gun butts.

The DSM demands immediate arrest and prosecution of all police officers who participated in the attacks on protesters and journalists over the past few days. We also demand the immediate and unconditional release of all arrested and detained protesters. In particular, we demand the immediate removal of the Oyo state police commissioner over the death of Jimoh Isiaka who was shot dead at Ogbomosho. We also demand the removal of the IGP for the persistent vicious attacks on protesters and journalists in the Federal Capital Territory. We also call for compensation for all victims of police brutality over the past few days of protests.

The #EndSARS protests have proven the leadership of the Nigeria Labour Congress (NLC) and the Trade Union Congress (TUC) wrong that struggle does not pay. They scandalously betrayed the September 28 general strike and won nothing in return and instead gave a blank cheque to the federal government to continue to increase fuel price through their acceptance of deregulation. We therefore urge the NLC and TUC to take a cue from the radical youth who have won concrete victory by mass mobilisation at the barricades by relaunching a national campaign against deregulation, privatisation, hike in fuel price and electricity tariff and an end to all anti-poor policies. We also urge the rank and file members of the labour movement to now more decisively organise to reclaim the trade union movement from pro-capitalist leaders who don’t want to struggle. The anger in society today that fuelled the #EndSARS movement shows that initiatives for action from significant sections of labour could get a bold response in the same way that the momentum for the January 2012 general strike developed from below. More than ever before, we need a mass democratic and fighting labour movement with a militant and Marxist leadership.

Again while we applaud the #EndSARS movement for wining victory, we must warn that the youths must not go to sleep. Vigilance is important. This is because ending SARS does not mean an end to police brutality and repression. This would require putting the police under democratic control of the ranks and communities, improved welfare of the men and women to remove excuse for corruption and extortion, and a police union to defend welfare and conditions of the operatives. But even these reforms though significant steps forward cannot succeed at changing the character of the police as an instrument of class oppression. The same applies to the military who have repeatedly repressed the population.

The final solution is actually to bring to an end the inequitable system of capitalism which needs an armed police and prison to keep the oppressed classes in their place. Under a democratic socialist society where all the conditions that provokes crime like hunger, poverty in the midst of plenty, unemployment and homelessness have been successfully banished, all that would be needed to keep order is a citizens’ police, armed only when necessary under the direct control of communities whose officers would be elected and recallable.
This is the new society that we now urge the youths in alliance with the working class to fight for. This new society can only come into being through a mass movement and the building of a mass workers party armed with socialist programmes. As a step towards such a party, the DSM together with other pro-masses groups and activists has formed the Socialist Party of Nigeria (SPN). We urge all young people who  are disenchanted with unending police brutality, lack of education, jobs and opportunities as well as the condition of mass poverty in the midst of plenty to join the DSM and also the SPN so that together we can fight for a just and equitable Nigeria. 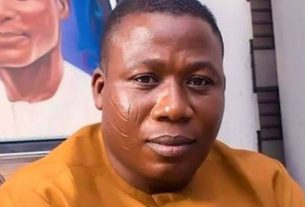 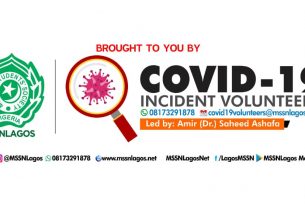 Immediate effect of COVID-19 in Nigeria is hunger