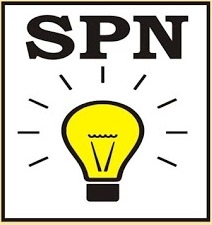 The candidate of the Socialist Party of Nigeria (SPN) for Ogun State House of Assembly, Ifo constituency II, comrade Hassan Taiwo Soweto, has condemned the Ibikunle Amosun–led All Progressive Congress (APC) Ogun State government for neglecting Ifo II constituency in the area of development. He therefore called on the state government to come to the aid of residents of Olambe, Adiyan, Osere, Matogun, Oke Aro, Olaogun, Ope Ilu, Agbado, Abule Ijooko, Akute, Isasi, Ajuwon and other neglected communities in the constituency who are suffering from lack of motorable roads and its attendant consequences on the socio-economy of the area.

Just few days of rain, and already most of the roads in the constituency have nearly submerged in mud and impassable. This has led to vehicles breaking down and many residents including pupils suffering untold hardship in their daily commute.
Speaking on Friday 25, January 2019 to party members and supporters at his residence at Olambe inside, Comrade Hassan Taiwo Soweto sympathized with the residents but placed the blame for the hardship at the doorstep of the Ogun State government which has many times shirked its responsibility for provision of basic amenities and infrastructures.

“The onset of rain and the hardship it has quickly brought to residents again confirms why a Socialist and long-standing defender of the working masses like myself ought to be elected to represent our constituency in the Ogun State House of Assembly. My party and I have a programme to go to the Assembly to fight for development. We believe that the resources of Ogun State can go a long way in providing basic amenities for all if these resources, as a first step, are judiciously utilized under a democratic arrangement which disallows waste, mismanagement and corruption. This is why the cornerstone of my party’s programme for development is campaigning for a cancellation of the fraudulent contract system and its replacement by direct labour through which the works department would be responsible for infrastructural development and under open democratic control to stamp out corruption.

“I stay in the community and I bear the daily pains of the people. I staunchly believe that I am the best bet for anyone in the constituency who does not want to suffer for another four years. But no one person can change this situation, we have to act together, struggle together to win serious change. If elected I will not only move motions and sponsors bills towards provision of physical and social infrastructures but also organize a series of mass activities including protests and petitions to force the government to provide them. I can assure you that should we again elect a member of any of these capitalist and pro-rich parties to represent us, we would be signing up for another four years of misery.”

Speaking further, comrade Hassan Taiwo Soweto warned that token handouts by anti-poor politicians will not help them. He urged the people to gird their loins for a mass struggle to defend their rights:

“Last December when the APM and the PDP carried out cosmetic grading of some roads, I warned that this was simply a campaign gimmick to hoodwink the people. I made the point then that only a mass struggle to compel government to tar all roads, beginning with major roads, within the constituency can address our plight. Now with just few days of rain, the roads which were graded by these two anti-poor parties have nearly become impassable with mountains of muds and ridges appearing on them. Also the PDP has distributed transformers to some communities. All these are mere temporary relief because as soon as any of these elements emerge in office, they will steal ten times the present value of investment they are making in the campaigns. I therefore urge all residents and youth of Ifo II who are fed up with the condition of abject neglect and hardship to join hands with me and my party to fight for development. This does not have to wait till we are elected. Right now, we can start activities like signing petitions, press conferences, social media campaigns, protests and demonstrations to Oke Mosan to begin to build grassroot movement to defend our rights to good roads, better electricity supply and end to estimated billing and exploitation, better public schools and healthcare, jobs and opportunities for young people. This is what my campaign is all about. This is what I intend to fight for if elected on March 2nd, 2019.”

WE HAVE FOUGHT A GOOD FIGHT