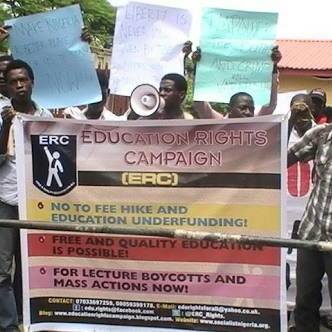 Issuance of query letters to students’ leaders for protesting colleague’s death is a misplacement of priority by the Prof. Eyitope Ogunbodede led management of OAU

A Non-Governmental Organization known as Education Rights Campaigns has demanded the immediate withdrawal of the query letters and a halt to any plan to victimize students’ leaders in the institution.

This demand was contained in a press statement jointly signed by the National Coordinator of the organization, Hassan Taiwo Soweto and Acting National Mobilization Officer, Michael Lenin and made available to Community Gist. The press statement reads:

“Our attention has been drawn to the ongoing circulation of query letters to students’ leaders and activists by the authorities of the Obafemi Awolowo University (OAU) Ile–Ife for participating in a peaceful protest last year (1st October 2021) over the unfortunate death of Miss Adeshina Aishat, a final year student of Foreign Languages, due to alleged negligence at the University’s health centre. So far, we can confirm that an ERC member, comrade Francis Adeola Adegoke, popularly known as Honorable Statesman, has received the query letter as well as several other student leaders and activists. The ERC condemns this attempt at victimizing students’ leaders and demand the immediate withdrawal of the query letters and a halt to any plan to victimize.

“One of the query letters sighted by us and signed by the University’s Registrar and Secretary to Council, M.I. Omosule (Mrs.) alleges the affected students of “violation of the Code of Conduct” of the University and the “Students Handbook of General Information of the University”. The query concluded by directing them “to explain in writing, within forty-eight hours of the service of the query on you, why disciplinary action should not be taken against you for your conduct aforementioned”.

“The alleged misconduct listed in the query letters are about the spontaneous reaction of students when news of the painful death of Miss Adeshina Aishat at the University’s health centre filtered in last year October. Students embarked on protests following a congress and held protest along the Ife – Ibadan and Ife – Ede roads for hours on Friday 1st October 2021 which incidentally was a nationwide public holiday in commemoration of Nigeria’s Independence Day celebration. At the end of the protest, no properties were damaged and no lives were lost. But the students behaved as any group of human beings would when mourning the sudden loss of a dear one. They reacted angrily and with pain. In one of the statements issued by the Students’ Union at the time, the students said “it saddens our heart that a member of our union has to be returned home as a corpse when her family expects her to be a graduate with prospects” (PM News, Friday 1st October 2021).

“That a University supposedly run by intellectuals would respond to this kind of expression of pain with query letters shows how even citadels of learning have been overtaken by the culture of impunity and repression characteristic of Nigeria’s corrupt capitalist ruling elite.

“We are at a loss as to how the authorities of OAU expected students to have reacted when one of their own died at the precinct of a health centre whose legendary incompetence, due to decades of underfunding and neglect, is widely known not only to the University community but many alumni as well. Even animals grieve at the loss of a member of the herd let alone human beings. In fact several years ago, possibly in the 90s, the health centre was christened “death centre” by students of the University in apparent confirmation that several Miss Aishats must have met their untimely end at this facility. In our opinion therefore, what should be uppermost in the minds of Professor Ogunbodede-led authorities of the University should be how to ensure that such untimely deaths of students no more occur under their watch instead of embarking on a vengeful mission to victimize those who protested their incompetence.

“The OAU authorities have to realize that it cannot beat a child and turn around to scold him or her for crying. We stand by the October 1st 2021 students’ protest against the death of Miss Adeshina Aishat. The protest was peaceful and legitimate. It was also a product of a decision of the Congress of the students; therefore fishing out a few students to be disciplined is a cynical attempt at punishing individuals for the collective action of the entire studentry.

“To be candid, this retributive method of going after the messengers instead of the message is a well-trodden path by the OAU authorities who have internalized the methods of military despotism in their response to students’ exercise of their right to freedom of expression and association. But despite this, the mass of OAU students have never relented and have always fought back. We have no doubt that the current generation of OAU students will stand firm. We hereby assure them of our unflinching support and solidarity.

“We conclude by calling on ASUU, SSANU, NASU, NAAT, students unions of other campuses, NANS, OAU alumni association, civil society organizations, the wider labour movement, people of good will, in short, anyone who is outraged by this development to use every democratic means to prevail on the Prof. Ogunbodede-led University administration to halt its present misadventure.” 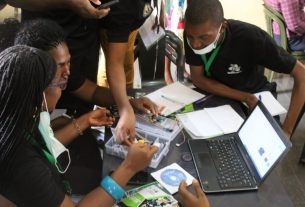 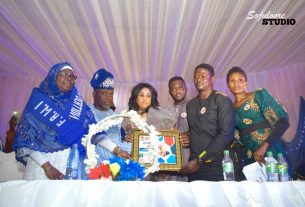 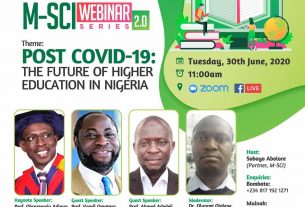