At the 2nd Convention and Anniversary of the nationalist youth group, Youth for New Nigeria (YNN) which held in Uyo, capital city of the Land of Promise, Akwa Ibom State on the 28th November 2020 where series of awardees were decorated for their outstanding performances in various areas including community development, youth development, public service and volunteerism.

From the series of award categories, Hon. Adewale Temitope Adedeji, ATA popularly known as JAH won the Most Outstanding Legislature of the Year 2020 Award.

This further shows to buttress the fact that Hon. ATA is not only recognized and celebrated at the Local Government or Lagos State level but also recognized across the country as a unique breed in public leadership.

Being a legislature is no child’s play as it serves as the representative of the people before the Executive arm of the government. Moreso, a legislature has the responsibility of overseeing the functions and operations of the various ministries, agencies and departments so assigned to his purview.

The results show that Hon. Adewale Temitope Adedeji in his 18 months in office has not only lived up to expectation but has exceeded all benchmarks required of his office.

It is in public domain that Hon. ATA is a very responsive and proactive legislature who takes initiatives to attend to matters of public concern as it has been recorded severally.

Comrade Dayo Adeleye added by saying, he is proud that his state could produce the Most Outstanding Legislature of the Year Award, showing the quality of youth leadership we have in Lagos and assured the Honourable of more support to ensure cooperation in delivering quality leadership and youth mobilization for collective growth and development of the state.

Hon. Adewale thanked the team and promised never to relent in serving the wonderful people of Ifako Ijaiye Constituency 01 who entrusted him with their votes and supports to represent them at the Lagos State House of Assembly under the outstanding leadership of the quintessential and stylish speaking speaker, Rt. Hon. Mudashiru Ajayi Obasa 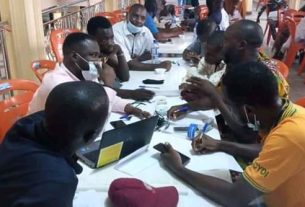 PRESS STATEMENT BY LCYDI TO NIGERIAN YOUTH AND THE GOVERNMENT 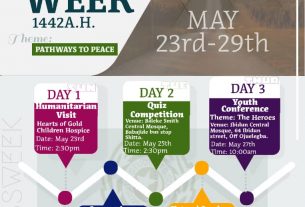 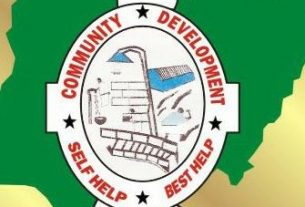