I patiently follow up what was going on the platform and asked myself that what exactly is the problem facing Nigeria politics because base on what is going on across States of the Nation it is cleared enough to know that Ogun State wasn’t the only state facing the heart attack threats circulating on every platform.

After my time on research, I discovered that if any change should take place after the primary no one to be blame or responsible for it than the INEC because they are self independent on political matter. So whosoever that want to challenge the unfair should not channel the case to any favored candidate but to hold INEC responsible for their incompetent and conspiracy to the exercise of such activities.

Ongoing heart attack news really opened my eyes to many things and am sure so many people would have discovered that as well but go on silent. Politics is of choice of candidates and personal gain not really the way am seeing it from my personal side.

Ifo lokan surface months ago for balancing of constituency responsibility and office holding and that prompted a lot of people to go against HON. Isiaka Ibrahim with the mission of stopping his third term agenda but at the end of the race, Hon. Isiaka won the primary.

Now that negotiations was ongoing on behalf of a candidate from Ifo from the same APC, I expected all IFO LOKAN AGENDA to be happy and rejoicing that the mission and vision of the agenda is about to come to manifestation as that remain a symbol of prayer answered to the slogan. What am seeing on the wall is Capital NO and that really break the ice to know that personal interest and gain remain the reason why 98% are involved in politics today.

Back to my point that if effort on the negotiation later successful INEC should be hold responsible is that, at this particular computer age what stop INEC to give candidates that emerged as winners of the just concluded primary original INEC form aside from the photocopy paper given to them.

We should take time to ask ourself questions about the action from the INEC office and press further to challenge their actions towards that. Does it mean INEC want to tell the masses that they are short of materials to print original copy to all candidates that won the primaries or what?

Can we say INEC was already aware of the negotiation exercise going on in party and waiting for the agreed list from the Governor?

What is the INEC interest on the matter that warranted INEC to be given out photocopy form to all candidates that won primary elections?

Those questions are too deep and need to be look into by reasonable people from both sides of the party.

I keep saying it and will surely stand by it, politics to me is taking a new look and remain a bigger scam than Yahoo Yahoo.

Any which way, good governance is our right and no one can dash us our right.

Candidates should demand for original coloured background form from the INEC. Photocopy can’t be use at court to defend your victory at the primary.

God bless you all. 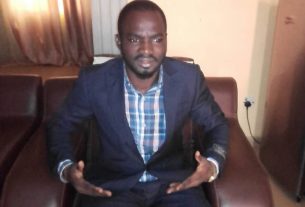 Restructuring, regional government, self – government or revolution! Which way out? Beyond politics: The deep dive into RAK’s homage to Obasanjo 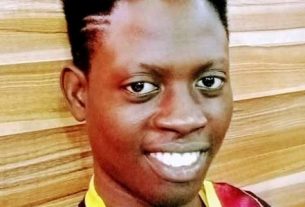