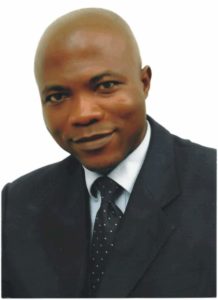 Alhaji Chief Ganiyu Alani Oyedeji was born on Wednesday, the 28th of February, 1962 to the family of Oyedejis in the then Egba Ifo District Council Area now known as Ifo Local Government Area.

Chief Ganiyu Alani Oyedeji’s paternal grandfather had their root from Degesin Compound in Ago-Oba area of Abeokuta, Ogun State from where they came to settle in Agbado in the present day Agbado Ward 4 of Ifo Local Government Area. His maternal grandfather, on the other hand, the Solabis, hailed from Balogun Compound in Ago-Oko area of Abeokuta from where they came to settle in Oke-Aro in the present day Oke-Aro/Ibaragun Ward 7, also in Ifo Local Government Area. 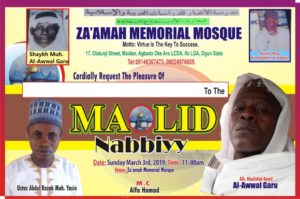 Alhaji Ganiyu Alani Oyedeji began his education at N. U. D Primary School, Agbado in January, 1967 and passed the First School Leaving Certificate Examination in flying colours in June, 1973. For the secondary education, he had a brief stint at the Renaissance Comprehensive High School, Agege for his Form 1 and 2 classes between 1977 and 1979. He was later admitted to Ebenezer Comprehensive High School, Agbado in September 1979, where he completed his secondary education with good grade in June, 1982. He was at the Yaba College of Technology, Yaba, Lagos between October 1984 and June 1986 where he obtained a National Diploma in Statistics and Mathematics.

Not resting on his oars, his quest for higher education propelled him to seek admission into the University of Lagos, Akoka, Yaba, Lagos. He was admitted to study Business Administration and graduated with B.Sc., Second Class Honours, Upper Division in 1990 and he later did M.Sc. in Management, in the same University, and completed it in 1992. He is an Associate Member of Institute of Personnel Management of Nigeria (AMNIM), Nigerian Institute of Management (NIM), and Chartered Institute of Marketing of Nigeria (CIMN). 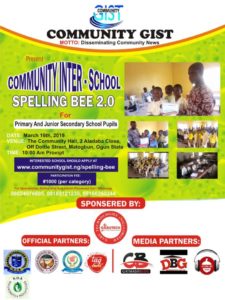 Since his graduation, Chief Ganiyu Alani Oyedeji has acquired varied experience as a teacher, an administrator, a community leader and a politician. He had served as General Secretary, Treasurer, Auditor of Community Development Council, Council of Baales and Traditional Chiefs and of course Political Associations and Political Parties.

Chief Ganiyu Alani Oyedeji was the chairmanship candidate of Alliance for Democracy (AD) in 2002 Local Government Election and later served as the chairman Transition Committee of the defunct Ifo Central Local Government in May 2003. He was a major financier of Action Congress of Nigeria (ACN) Electioneering Campaign in Ifo Constituency II towards the April 2011 general elections. He is also a former chairmanship aspirant under the umbrella of ACN in 2012.

In recognition of his valuable contributions to the socio-economic and political transformation of Agbado town and its environs, Chief Ganiyu Alani Oyedeji was conferred with a prestigious traditional title of “ATAIYESE OF AGBADOLAND” by the then Paramount ruler of Agbadoland, late Chief A. W. A. Popoola.

Chief Ganiyu Alani Oyedeji is married to Alhaja Aisha Adetoro Oyedeji (Nee Adetokunbo) and they are blessed with children.

WE HAVE FOUGHT A GOOD FIGHT