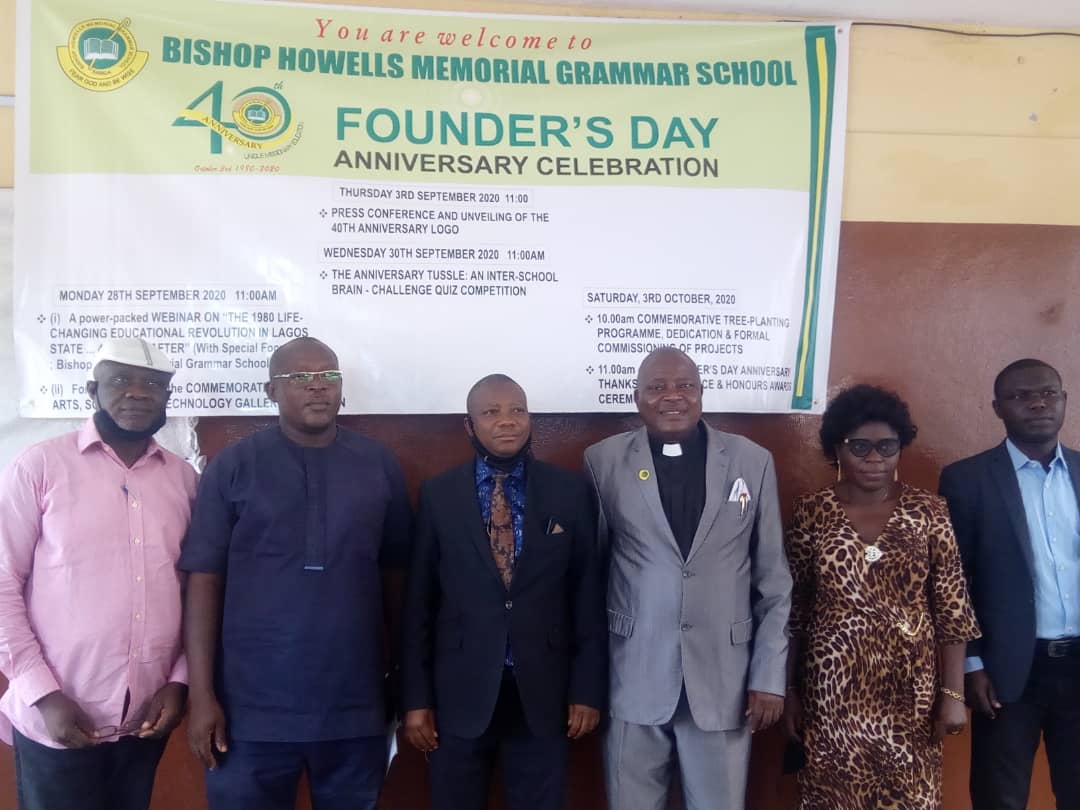 Founded on the 3rd of October 1980 from the prestigious C.M.S Grammar School, Bariga, Lagos state, Bishop Howells Grammars School will clock 40th on October 3rd 2020, and its board of management are putting finishing touches on various activities to make the celebration a whole -year event with unveiling of new logo.

Addressing the Media on the anniversary activities which are billed to resume fully this September, after being put to an hold since February, 2020 due to the global pandemic virus, the Chairman, Board of Governors (BHMGS B.O.D) Mr Oluseyi Ogungbe revealed that the management has scheduled a power-packed Webinar which focuses on ‘ The 1980 Education Revolution in Lagos State…40 years after , with eminent speakers like Dr. Mike Dike, founder &CEO, Mike Dike Global Consult, Reverend Father , Dr Eugene Chimezie, Dr ,(Mrs) Olufunilayo Olusa , FIELP Registrar,/CEO Institute of Educational Leadership Practitioners of Nigeria to grace the occasion.

According to him, The Lagos state Commissioner for Education, Hon. Folashade Adefisayo is also expected as a Special Guest to deliver a keynote address on the state government’s pivotal role in creating environment for Midwifing phenomenal project.

“The age 40 ,symbolizes the rhythmic completion of a cyclic repetitions in Universal history, the end of an era, and the opening of new chapter in life. In the culture of the ancient Hebrew, each period of 40 years marks an epoch (a generation). Life is said begins at 40 and “a fool @40 is said to be a fool forever, even pass mark,in our learning situations, stars at 40, Turning 40, therefore is such a big deal, a milestone birthday” he said.

Speaking on the achievements since its inception, the school principal, Venerable Tunde Oduwole disclosed that the Anglican school has produced eminent Nigerians who have risen to the various leadership positions in the country.

He said with quality and standard of education in the school, their students are entrepreneurship driven while some of their alumni have excelled representing the country at international events.

The Venerable Oduwole also cited some of the school alumni who have brought glory to the school and the country particularly in the educational sector.

Other line up events include, an Inter school Brain -Challenge Quiz Competition amongst schools in Lagos that share similar birth dates with Bishop Howells Memorial Grammar, and Gallery Exhibition with the event rounding off with Grand finale slated for 3rd of October 2020.

The Grand Finale of the anniversary will as well avail the school management the opportunity to launch various projects executed by the P.T.A and the school’s Old students Association for the citadel of learning. 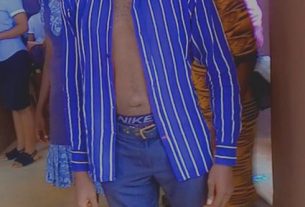 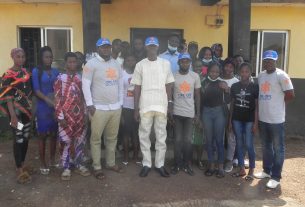 Leadership is a responsibility, not a title – Pastor Tola Seedy