It is unfortunate that whenever a person is victimized, to fight, we put forward religious, political, and ethnic bias before considering the course of justice which is meant to be at the forefront.

The case of Mubarak Bala, a Nigeria activist and Humanist that was illegally detained by the Nigeria Police Force over 50 days now, for an alleged “Blasphemy” of prophet Mohammed, is a pointer to the obvious reality of the selective and preferential fight of Nigerian activists. Selective justice which however can not be equated to justice but prejudice, hypocrisy, bigotry.

Mubarak Bala was detained for expressing his right to freedom of expression as enshrined in the Nigerian constitution and other treatises that Nigeria is a party to, such as S39 of 1999 Nigerian constitution and Article 9 of the African Charter on Human and peoples rights, of which the same thing applies to all present and past illegal political detained persons in Nigeria.

It wounds the heart and disdains the eyes that Mubarak Bala is neglected during this time of hostility and persecution by the state.
It’s saddening that the flag of activism has been flagged down and the spirit of Aluta is dozing in our dear Nation. Activists are known to always fight against the injustice of any kind regardless of Religion, Tribe, and Race. But in the present situation of Mubarak Bala, we can conclude that neutrality has taken over the space of activism instead of secularism.

Scores of Human Rights organizations in our dear Nation have suddenly turned deaf ears to the persecution of a compatriot which is unarguable because of Religious segregation and dogma. As we all have sworn “to always take sides and not to be silent in face of oppression” because neutrality favors the oppressors and never the oppressed. It is our core responsibility to stand up and fight against injustice by taking away the impediment which is Religion Segregation.
“If you are neutral in situations of injustice, you have chosen the side of the oppressor but the oppressors will not appreciate your neutrality” – Archbishop Desmond Tutu.
I humbly challenge all Human Rights Movement and organization in Nigeria regardless of differences to take up to the challenge of ensuring freedom for Mubarak Bala from his persecutors and campaign for his right to freedom of expression which has been infringed on.

To close my submission, I adopt the wise submission of Dr. Martin Luther King Jr. that says “In the end, we will remember not the words of our enemies, but the silence of our friends.” sequel to this quote, I appeal to all leading Nigeria Human Right defenders, advocates, and lovers to let their voice count in this struggle for the freedom of Mubarak Bala.

It is Mubarak Bala today, it could be anybody else tomorrow if this guilty noiselessness persists. However, let’s all bear in mind that he who is silent in the presence of injustice is an oppressor.
An injury to one is an injury to all!

Freedom cometh by struggle!
A people united can never be defeated! The struggle continues because victory is certain! 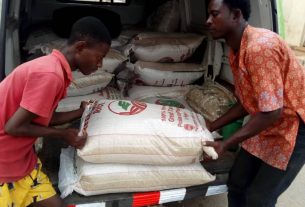 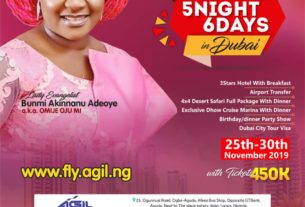