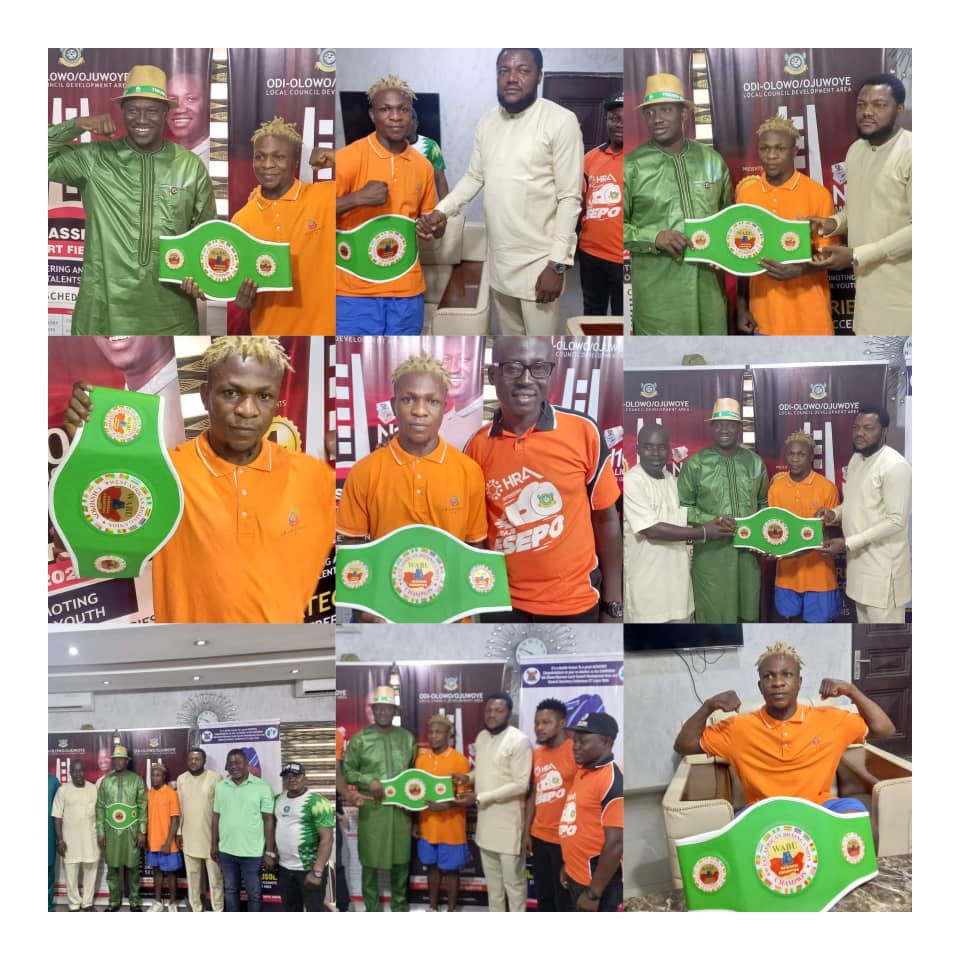 Taiwo Agbaje aka Esepo has presented his title belt which he won in the fight against Emmanuel Kwerte of Ghana at Federal Palace Hotel, Victoria Island Lagos to the Chairman, Odiolowo-Ojuwoye LCDA, Hon Rasaq Ajala (HRA).

The boxer had challenged the titleholder from Ghana who was with the belt, the West African Boxing Union (WABU) champion. Taiwo Agbaje emerged the winner after the fight that ended in round 4 on Saturday May 28, 2022.

While receiving the belt in his office on Tuesday, May 31, 2022, HRA congratulated Agbaje on his victory, and express delight that he is making Mushin proud.

He said, “This has proven that the negative narrative about the Mushin isn’t right after all. This has demonstrated that we have lots of talented youth in Mushin who can make the LCDA, Lagos State and Nigeria proud.”

He however advised other youth to channel their energies towards something positive rather than using them to unleash terror on the people within the community.

He reiterated his government’s commitment to continuing to support everything that will bring glory to the LCDA, Lagos State and the Nation at large. He called on the boxer to see the victory as a stepping stone to something greater saying he should continue to strive to achieve more as the sky is just the beginning. He then admonished other youths in the LCDA to emulate Taiwo Agbaje’s hard work and resilience to attain this success.

In his words, the new champion, Taiwo Agbaje thanked Hon Ajala for his support. He promised not to disappoint himself and the entire Local Council Development Area in his career.

Taiwo advised the youth in the LCDA to be focused and have the determination to succeed in any career they chose for themselves. 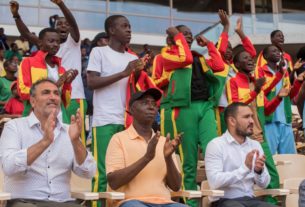